Easter: The Rest of the Story 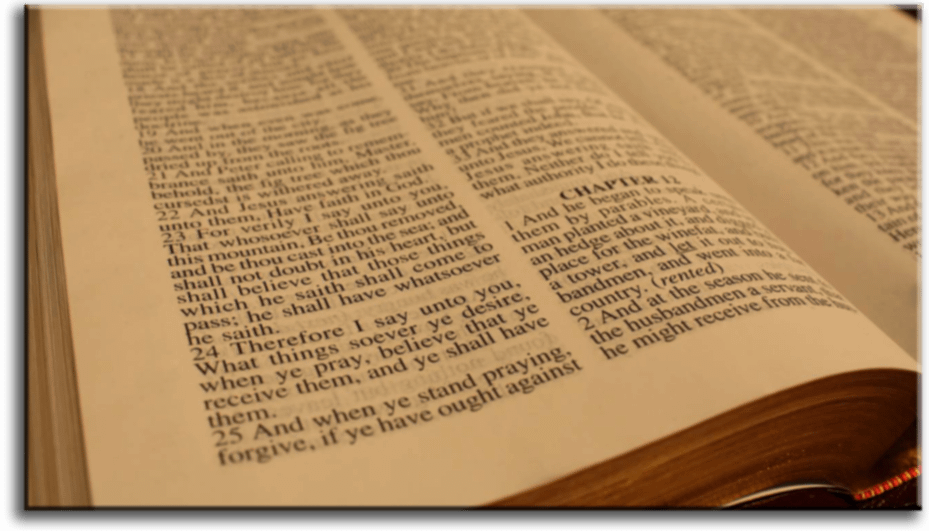 Easter is a time when sincere Christians meditate on the death and resurrection of Jesus Christ. In our discussions, many seem to consider that the last twelve hours of Jesus’ life, ending with His dying on the cross, is what produced forgiveness for the sins of mankind. The whole consideration goes no further than His physical suffering on the cross. You may have imagined what it would have been like to be there, you may have watched the movie The Passion, emotionally stirred by the depictions of His brutal execution. But is there more to it than that? Does the Bible go beyond this?

The answer is: Yes.

To be very simple and direct, without splitting theological hairs, it is necessary to make a distinction between the process of dying and the actual presence of being in death.

Did the Son of God go into death, a state and place where the ultimate agony occurs, or did He just die on the cross, and then rest peacefully in the tomb until the resurrection?

According to 2 Corinthians 5:21, He was made to be sin for us.1 He became all of what our own sins caused us to be like, and took these sins to certain death. He took our place in death. He became what our sins made us into. The only result and consequence of sin is death — not dying, but death — the state and place of being after having died. Death is the only place to deal with sin. Dying is the transition; death is the destination.

How do we know this? Yahshua2 spoke to His disciples about this place in His parable about the rich man and Lazarus, and in His description, He spoke of a place where there was both consciousness and torment. There could even be comfort for some there.

In Luke 16:22 we see that both men died.3 If merely dying were the effective part in dealing with sin, then the story would have ended there. They both died, their sins were dealt with — end of story. But that was not the case.

Yahshua went on to say that something further happened. From verse 23 on, there is action and interaction. This is obviously not in the physical realm, since both their bodies were disposed of in whatever were the burial customs of the day. The rest of the story takes place in another realm — the spiritual realm — death. In that realm there are clearly emotions, consciousness, sensation, will, and intellect.

The rich man was in torment, and this is after him dying. Whatever he died of, and however he suffered in the process, it was not sufficient to deal with his sins. Now, in the place of death — the place of departed spirits — he began to experience what his choices against the promptings of his conscience had brought upon him. It was excruciating, agonizing torment.

Lazarus, the poor man, experienced something entirely different in death. The choices he made, in spite of his terrible circumstances in life, brought him to the place in death where he found comfort after dying.

Yahshua became the sin of all of us, and having become the sin of the entire world, experienced no comfort in death. He even experienced what every murderer, liar, or filthy and unjust person would experience in death for eternity. His soul experienced total agony in that place of torment called death.4

What will all who love and practice lying, those who become cowards, unbelievers, murderers, sexually immoral, sorcerers, and idolaters, experience after dying, going to the first death, and then judgment? There will be a horrendous second death.5 Yahshua experienced that as one of them. Having become those exact sins and more, He experienced to the fullest what all mankind deserves to experience, from the least to the greatest, from the best to the worst.

His physical suffering lasted around twelve hours, but His deepest agony in death lasted some seventy-two hours. No play, movie, or Easter story could ever adequately communicate the reality of that suffering. The spiritual is far greater than the physical.

To emphasize the physical torture and suffering only, without understanding what took place beyond that, is to miss the whole point and purpose of His death, burial, and resurrection. Many who grew up hearing the stories of His crucifixion are left with an indelible mark in their psyche concerning His physical suffering. In many there might be an unsettling desire to do something — to respond somehow. But what do you do? How do you respond? Where do you go from here?

When one understands that the sufferings of the Son of God went far beyond the physical, then it becomes clear that the spirit of man will never find peace, or forgiveness, until a fitting response is made… one that corresponds to the enormity of the sacrifice made by the Son of God.

But He was wounded for our transgressions, He was bruised for our iniquities; the chastisement for our peace was upon Him, and by His stripes we are healed. (Isaiah 53:5)

It is true that His physical sufferings were tremendous. Yet many people suffer unimaginable tortures in other parts of the world and die as a result. In His physical suffering, the Son of God didn’t experience worse pain than thousands of other victims of man’s inhumanity to man throughout history. So what makes the difference?

Most of us can relate in some way to dying. You can see it; you can empathize with someone going through the process. Some have even experienced it to a certain degree, and lived to talk about it.

Death is the frightening reality — the unknown factor. You know it’s there, but you can’t see or experience it ahead of time. Everyone knows instinctively that it’s there, waiting for the dying to be over. Even though some have dared to deny its existence, it hasn’t served to erase the instinctive knowing that every man has.

You watch Him expire on the cross. The minutes, the hours, then days pass. What’s happening? Where is He? What was going on?

The stripes and blood alone didn’t deal with the sin of the whole world. Sin is a spiritual reality with physical manifestations. It must be dealt with spiritually.6

The brutal dying of the Son of God stopped His body from functioning, so that His soul — the very essence of Him — could go into the ultimate horrors of death to experience what every human being must otherwise experience in order to pay for their own sin. This is what Isaiah prophesied, that His soul, not merely His body, would be an offering for sin, experiencing anguish in death on our behalf:

Yet it pleased the LORD to bruise Him; He has put Him to grief. When You make His soul an offering for sin, He shall see His seed, He shall prolong His days, and the pleasure of the LORD shall prosper in His hand. Out of the anguish of His soul He shall see and be satisfied; by His knowledge shall the righteous One, My Servant, make many to be accounted righteous, and He shall bear their iniquities. (Isaiah 53:10-11)

The Apostle Peter emphasized repeatedly in Acts 2:24, 27, and 31 the distinction between Messiah’s body that was in the grave and His soul that was suffering agony in Hades, the realm of the dead, until He had paid the full wages of our sin. Everything humanity must suffer to pay for their sin, to the ultimate extreme, the Son of God suffered. His whole purpose for being born was to do this, so that we wouldn’t have to go through that horror.7 There was no resistance in Him, which is why He was able to pay for the infinite guilt of the sins of all mankind in a finite amount of time.8

After accomplishing His work in death, the Son of God went through another spiritual and physical phenomenon. His soul — the essence of Him — was re-united with His physical body. Then the breath of life was breathed into that body that He might live for all eternity. Because He was innocent, death could not hold Him.9 Sin was dealt with forever.10

If what we now know can penetrate our heart, it causes us to love the One who went through so much for our sake. That love comes from understanding that He sacrificed His whole life for us, and it causes us to want to do the same for Him.12

Those who understood and were pierced to their hearts, not just in their emotions, in Jerusalem, did what all true disciples do.13 Their response corresponded to the sacrifice of the Son of God —a life for a life.

Please contact us to know more about those who are daily giving the proper response to the sacrifice that was made for the sin of all mankind. You are warmly invited to visit us at any of our communities around the world…