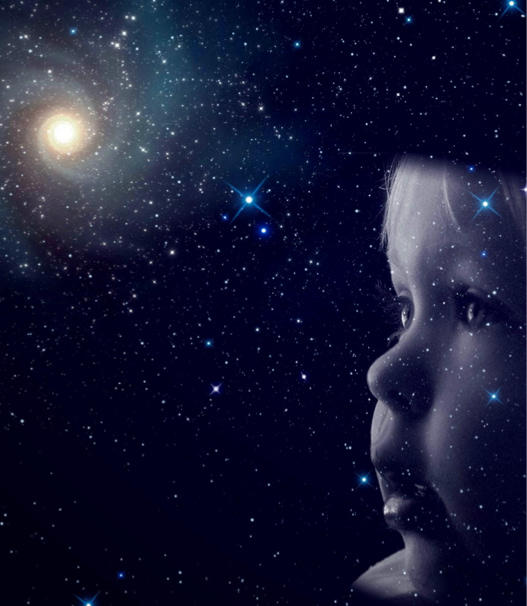 Conscience is a clear guide to eternal destinations. There are many confusing voices, including the many and varied voices of religious persuasions, but the conscience is clear.

The conscience is God’s vice-regent in the human heart, His objective voice which doesn’t yield to the reasoning of man or the ever-changing trends of society. We can push past this voice or even silence it completely to gratify our selfish desires, but we do so to our own peril, and tragically, to the hurt of the people whose lives we touch.

As we live our short lives on this earth, our character is formed by the choices we make in the circumstances we face. Each circumstance is a test of our character, and how we respond either maintains or erodes the image of God that is inherent in our very nature.1 Whether we give ourselves to doing what is good, or we give ourselves to doing what is evil, eventually our character becomes set in us, like concrete, as this sobering verse in the Book of Revelation proclaims:

Conscience is a clear guide to eternal destinations.

“Still” means unchanging… throughout eternity. Every single human soul that has ever lived is going to spend eternity somewhere, and that somewhere will be determined by the way he lived his short life in this age.

It is appointed for every person to die once, and after that comes the judgment,2 which determines his eternal destiny. According to the Scriptures, there are only three possible eternal destinies, which correspond to the courses people’s lives take according to the choices they make during their short lives on this earth.

To be unjust is to disregard the rights, needs, and suffering of others in the decisions you make, especially for the sake of your own comfort and advantage. For some this is a way of life. They are the unjust.

Some are lawyers who use their wit to help the guilty avoid the just consequences of their crimes; some are judges who condemn the innocent or acquit the guilty; some are politicians who advance themselves by flattery and empty promises, using their office for their own personal gain; some are doctors who prescribe unnecessary tests and procedures in order to generate income; some are reporters or publishers who exaggerate or misrepresent stories to appeal to people’s lower nature, or to advance their own agenda; some are merchants who knowingly sell faulty merchandise; some are craftsmen or laborers who do shoddy work.

And then there is the middle-aged man who forsakes his wife for a younger woman after she has borne his children and cared for his household for twenty years, or the woman who neglects the care of her children for the sake of her career, or the lazy who live off of the labor of others.3

There are countless examples, but they all have one thing in common. The unjust justify themselves in the pursuit and maintenance of their own comfort without regard for the suffering of others. At the end of their lives they will have received their comfort in full.4

The filthy are those who use and abuse others to gratify their own sexual cravings, as well as those who indulge and profit from the sexual cravings of others. The sexual desire and capacity of men and women were given to them by their Creator for the purpose of bonding one man and one woman together in a lifelong marriage covenant that bears the fruit of healthy, happy, and secure children. Sexual relationships outside of a lifetime commitment to love and care for the other person and the children that may be conceived is just selfish indulgence. It degrades everyone involved and decreases their capacity to form deep and lasting relationships.

The unjust and the filthy, although they may appear different outwardly, are really two sides of the same coin, and they will share the same eternal destiny. It is the destiny the Bible calls the Sea of Fire, which was prepared for the Evil One and his deceiving spirits.5 There will be room there for all who have followed these evil spirits in this life, suppressing the voice of their conscience to choose the evil over the good.

The righteous are those whose lives are characterized by faithfulness in their marriages, diligence in their work, and kindness toward the lives they touch. Although they are not perfect in it, they suffer in life to do the good they know in their conscience, even when it costs them discomfort or rejection. They live within the boundaries of the everlasting covenant of Genesis 3:16-196, in godly fear of their Creator.

After their suffering in death, they will be judged worthy of a second life rather than a second death.7 They will be restored to their created purpose and given a restored earth to care for, and to fill with their offspring, with no trace or influence from the Evil One. Although there are very few of them in comparison to the unjust and filthy, ultimately they will fill the universe, for the earth will be too small for them.

The vast universe, filled with trillions upon trillions of galaxies, each with billions of stars, with countless planets in orbit around them, was created to be inhabited by man. Beautiful and glorious as they are against the velvety darkness of night, the stars were not only meant to gaze upon in wonder, but to travel to and colonize, forever and ever. But our Creator, in His great love for man and the rest of His creation, restrains fallen man in his madness, lest he destroy the universe just as he is rapidly destroying the earth.

First, man must put an end to selfishness, and to the reign of Satan, the evil spirit- being who, with his host of evil spirits, holds man under his sway in his all-consuming hatred and defiance of our Creator. That is where the holy come in.

A Conscience Restored to Clarity

The holy are those who were once on the same path as the unjust and filthy, or even of the righteous, but who hated their lives in this world, saw where this world was headed, and didn’t want to go there. In their desperation they cried out to their Maker, whoever and wherever He was, and begged Him to reveal Himself to them.

In His great love, He heard them and led them to His people, from whom they heard the Good News of a Savior who died in our place and went into the bowels of death to receive the full wages of our sins, and was resurrected as the irrefutable evidence that His sacrifice on our behalf was accepted.

Coming from the lips of those who were living a life of self- sacrificing love and unity in the midst of a world full of selfishness and alienation, this message pierced their hearts and compelled them to forsake their own selfish lives and possessions to follow this Savior with them.

We who write the articles on this site are such a people, and our mission is to overthrow Satan by putting an end to selfishness in our lives by the grace we receive from our heavenly Father when we cry out to Him in the name of our Savior and Master Yahshua.8 As the Apostle Paul wrote almost 2000 years ago, “we have concluded this: that one has died for all, therefore all have died; and he died for all, that those who live might no longer live for themselves, but for him who for their sake died and was raised.”9

Corresponding to that, baptism now saves you—not the removal of dirt from the flesh, but an appeal to God for a good conscience—through the resurrection of [Yashuah the Messiah]

There is no point to getting a clear conscience just to live a worldly life.  The purpose for a good conscience is to bring about a holy people for His possession, who will accomplish the will of God.

Who gave Himself for us to redeem us from every lawless deed, and to purify for Himself a people for His own possession, zealous for good deeds.

Holy means set apart for sacred use, and our lives are set apart from the world and its ways. We live together and share all things in common. We give all of our strength to serving our Master Yahshua by loving and caring for one another as we work together in unity to bring about our Father’s will on this earth: the end of Satan’s reign.

Living and working so closely together gives us continual opportunities to see how selfishness raises its ugly head in our lives, and to put it under our feet. We know that if our Father can just get a people who will obey Him no matter what, if He can get a foothold on this planet where His love and justice rules the human heart, then our Master Yahshua will come back to this earth to put an end to Satan’s reign.

But this Man [Yahshua], after He had offered one sacrifice for sins forever, sat down at the right hand of God, from that time waiting till His enemies are made His footstool.

Find Places Where A Conscience Can Be Restored To Clarity
Tags:After DeathHeaven or Hell