Gospel of the Cross 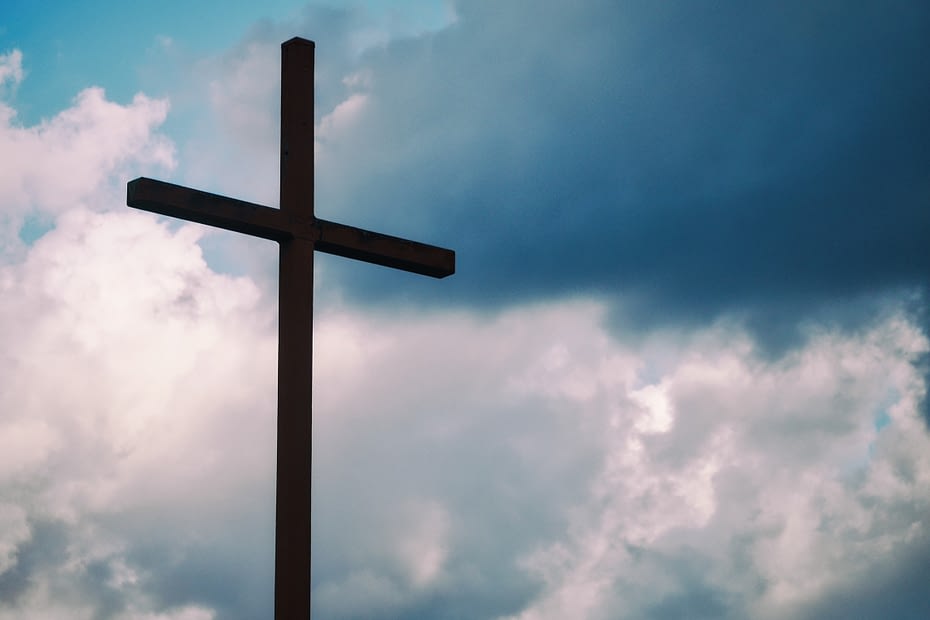 Throughout the ages, the symbol of the cross has been lifted up, meaning different things to different people. To some it has been a sign of hope, forgiveness, and a mark of God’s finished work. To others it has been a sign of terror. But it is crucial to know exactly what it meant to the One who came bearing its message – the Son of God Himself. A follower of Yahshua (the Hebrew name of Jesus – read more about this name here), the Son of God, must come to know the most essential aspect of His teaching and preaching: the cross. The glory of the cross is not merely in what He did on the cross for us, but what He expects from us is also clearly shown on the cross. It is not merely what it gives to us, but what it demands from us. To some, the cross represents His finished work, but for those who respond to the true gospel, it represents the daily challenge facing the true disciple.

The gospel is not the true gospel unless the cross is central and supreme. First and foremost, His teachings are instruction on how to deny yourself, take up your own cross, and follow after Him. This means laying down your life for your brothers, which is the greatest expression of the new commandment in John 13:34-35. Those who take up their cross and come after Him must enter into the emptying process of pouring out all they have on His Body, just as Mary of Bethany poured out her alabaster jar on His physical body.

The Cost of the Cross

By this gospel of the cross, the cost of true discipleship is revealed. The cross is where you pay the price of being a follower of the Saviour of the world. His gospel boldly confronts very real obstacles which must be overcome to truly follow Him and entrust the totality of your life to Him in utter surrender. You must give up your life, meaning your possessions, career plans, dreams, aspirations, opinions, and even family members who would hold you back, in order to give yourself in sacred service to God. This is the call out of seeking your own food, clothing, and shelter, and the call into seeking first the Kingdom of God and His righteousness.

Gospel of the Cross

All who heard Yahshua’s call had to face the cost of His message. To some it was riches, to some it was comfort, to some it was family, and to some it was religious principles. But for all, the cross is the place to deny yourself and pay the full price of sacrificial love. The cross is the only way to follow Him and obey His commands. It is the narrow way, and it is the only way that leads to life. The rich young ruler proved that he hated the cross of Messiah by turning away, not overcoming his fears and ambitions in order to pay the price. Because he was not willing to pay that much, the rich young ruler walked away sad – and alone. He wanted a broader way than Messiah was calling him to.

The Circle of Disciples

The true gospel calls you to the cross, which calls you into absolute servanthood and surrender to the will of God, which is where the true glory of the cross is revealed. The cross clears away self-life and brings about fellowship, which creates community, just as it did in the first century. Fellowship means full participation, contribution, and distribution of all that you have and are for the establishment of the Kingdom of God. This fellowship, this practical, visible love for one another’s daily needs, is what the Master said would be the light of the world.

This community of “cross bearers” produces what Yahshua talked about as the new family of God. When His own mother and brothers came to rescue Him from His extreme life of devotion, He looked around the circle of those who were devoted to Him and proclaimed, “Here are My mother and My brothers, for whoever does the will of My Father is My brother and My sister and My mother!”1 He was establishing the church. The circle of disciples is the church, and is the foundation of the Kingdom of God. This circle of “cross bearers” is His Body on earth.

Membership in this new family comes from not shrinking back from the call of the cross, the call to abandon self-oriented pursuits in order to be free to serve. Thus all of His servants are together, building on the same foundation. Without the authoritative, unwavering demand of total surrender on the cross, true love and unity are impossible. The life recorded in the Book of Acts marked a people who had earnestly embraced the gospel of the cross:

All who believed were together and had all things in common. And they sold their property and possessions and distributed the proceeds to all, as any had need. (Acts 2:44-45)

Now the full number of those who believed were of one heart and soul, and no one said that any of the things that belonged to him was his own, but they had everything in common…  There was not a needy person among them, for as many as were owners of lands or houses sold them and brought the proceeds of what was sold and laid it at the apostles’ feet, and it was distributed to each as any had need. (Acts 4:32-35)

The apostles did not do something whimsical in establishing the first communities. This pattern of community was not a novel idea or an accident, but it was the direct result of obedience to Yahshua’s command in Matthew 28:19 to make disciples and teach them everything Yahshua had taught them. The call to community for a believer is not optional or merely a more excellent way. It is actually the cause and effect of the cross – both His death and ours.

The recipients of the gospel of the cross are brought into unity and oneness that becomes the irrefutable witness of a “city set on a hill.” This love and unity cannot be faked or achieved in any other way than through the cross. These believers are the citizens and the priesthood of the holy nation, the Commonwealth of Israel.2 This community of believers who love God and one another with all of their hearts is the fulfilment of the Law and the Prophets.3 It is the Restoration of All Things.

Anyone who does not have this love that results in laying down his own life daily for his brothers and sisters should not think that the blood of Messiah has yet freed him from his sin, because those for whom He died no longer live for themselves. So to love one’s neighbour4 as oneself cannot be in part, half, or even most – it must be all things together in common with other believers.

This is the unarguable, unconditional demand of true sacrificial love – the example made on the cross. The common life must be in deed and truth, not merely in word and tongue. It must be voluntary servitude motivated by our desire to please Him. This pattern of giving and serving are what we must follow in order to truly say that we are taking up our cross and following Him.

The Dominion of Self-Life

Self-life is Satan’s domain. The cross is where Yahshua prevailed and shattered Satan’s tyranny on earth, although it was not discerned as such to the natural eye. On our cross is also where Satan’s power over us is broken and we are transferred out of the kingdom of darkness and into His marvellous light.5 Self-life is at enmity with the cross, the church, and God. God, through the work of the cross in us, puts an end to self-life and brings about the church.

The Son of God was like a grain of wheat that went into the ground and died in order to bear much fruit – many more like Himself. His absolute declaration was: “He who loves his life will lose it, but he who hates his life in this world will keep it for eternal life.” So the cross is the place to die to the old man, the old way, the old thoughts, the old pleasures, the old pastimes, the old ambitions, and bring you into a new life of seeking first His kingdom. Picking up your cross demands the end of all self-life, which severs you from the grip of the god of this world. Division, alienation, loneliness, and a solo “walk with God” is a clear indication that you have not yet understood how or where to pick up your cross and die.

Many will say that all they have really belongs to God, and if He asked for it they would give it, but God truly knows their hearts. If they are not compelled by the clear words of Messiah that are recorded in the Scriptures, and spoken by His true sent ones, then how would God ask them? This is evidence that they have not yet received the true Saviour and His message. Anyone who does not daily take up his cross and lay down his life for his brothers should not think that he has come to true repentance, or that the blood of Messiah has freed him from his sin.

This is the gospel of the cross that we boldly proclaim, having the confidence that this is truly our life. We are not ashamed of this radical gospel of the cross, for it is the power of salvation to all those who believe. The way of the cross is revelation given by God to those who are willing to do the Father’s will. Those who respond to Yahshua’s sacrifice will no longer live for themselves, but only for Him, that the Kingdom of God would come on earth as it is in heaven. So we welcome you to deny yourself, your life, pick up your cross, and follow Him – with us!